on my heart, plus size, Self Love, Uncategorized, weight loss

I am not mucking around. Bariatric Surgery.

One – I don’t need your approval, it’s about me
Two – I don’t owe anyone anything
Three – If you want a full run down go here and read all the posts starting from oldest to newest

I’ve been quite open about my journey in the last while, but there are also things that I keep private – I am very much of a belief that I have to walk the walk before I can talk the talk so I often have things in the pipeline for a while before I actually make them public,
I think people assume I make things public because I want some type of attention – the reality is that talking about my experiences helps me learn and grow and move on from them, and I’ve been sharing parts of myself online for so long and I see the effect it has on other people – in a positive way. My opinion is that hiding things away and sweeping it under the rug only breeds bad feelings, you might not agree but that does not make me wrong.
I like to deal with things and move on to brighter times.

Almost a year ago I had what I would describe as a breakdown, physically and mentally – I lashed out at those closest to me, it was a cry for help that fell on deaf ears and I knew that it was either crumble or rise and I chose to build myself up and take control of my mental and physical health because I was out of control and dabbling in self harm because I could not feel anything – I just wanted to feel again.

THAT SITUATION WAS NO ONES FAULT BUT MY OWN I AM RESPONSIBLE FOR MYSELF.

I had moved house, was still commuting to take my kids to school – extremely stressed not really eating and I was losing weight, and when I went to my GP – to talk about my unexplained weight loss and anxiety, he offered to refer me for bariatric Surgery – my diabetes was really bad and newly diagnosed and I wasn’t even attempting to manage it – It was my dirty secret and I was ashamed,

Something just snapped in me and I started making changes. One addiction at a time.

I was invited to a seminar where they over viewed the procedure and what bariatric surgery is and why and how.
At the end of the seminar I signed a contract with the team agreeing to participate and do what they asked, which was make positive changes eat better and move more.

A few months later I was invited to another seminar – with a dietician and we were weighed and set a weight loss goal, I had already lost 15 kilos BELOW my referral weight and they asked me to lose another 8.

That 8 KG was the hardest to lose and I weighed in 500 grams UNDER the goal they had set for me – I was then given another appointment to meet with a surgeon and discuss the options.

This past week I met with the surgeon and weighed in exactly the same as the previous weigh in, the took my measurements and bp and then enters Richard Barbor.
I find him really amusing, he is so serious and passionate about what he does and really makes you work.
There was an awkward exchange because he thought my diabetes was still not being managed at 76 when I knew my blood test last week should have been much lower – he kind of looked at me like I was in denial and I said, I’m not fucking around can you just check again…
He checked and my interpretation of his reaction was that he was impressed – in 3 months i went from a sugar level of 76 – 41.

NOT FUCKING AROUND.
He then felt my tummy and we talked about having a gastric bypass because it has a higher success rate and it will control my diabetes and probably even cure it.

SO that’s where I am now – waiting for my turn to go under the knife.

I’m not scared about surgery but I’m scared of being thin – I’ve never been thin – I am thrilled about the thought of being healthier and fitter and the more literal benefits like being able to kayak or paddle board without needing industrial strength equipment.

I have never hated my fat body, I have never dreamed of being thin..
But what I do strive for is health and living a long life surrounded by my loved ones.

I wanna be happy and healthy and I’m not ashamed. 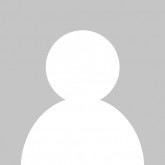